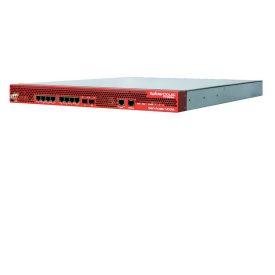 The Service Node lies at the heart of SpiderCloud’s Enterprise RAN (E-RAN) solution and ensures the E-RAN is easy to deploy, easy to manage and delivers the performance mobile operators expect.

The Service Node offers a wide range of functionality, including:

The Service Node is a powerful and security-hardened network processing appliance. It is access technology agnostic and supports UMTS, LTE and LTE-U/LAA, depending on the software running on it.

In UMTS deployments, the Service Node plays the role of a Radio Network Controller (RNC) and connects to the public UMTS Core Network either as an RNC or as a Home Node B.

In LTE deployments, the Service Node acts as a Cloud RAN controller, and connects to the public LTE Evolved Packet Core (EPC) as a multi-sector eNB.

In FirstNet deployments, the Service Node acts as a Cloud RAN controller and manages all pre-emption activities for attached First Responder devices and connects to both the public and FirstNet LTE Evolved Packet Core (EPC) as a multi-sector eNB

In CBRS deployments, the Services Node acts as a Cloud RAN controller and connects to a public and/or private LTE Evolved Packet Core (EPC) as a multi-sector eNB. It operates a proxy Citizens Broadband Service Device (CBSD) process that requests spectrum for all its attached radios from the cloud-based Spectrum Access System (SAS).

We are here to help you with any questions about your in-building network. Contact us below and one of our representatives will be in touch.

Thank you for your inquiry. One of our representatives will be in touch with you shortly.