Meet OnGo – CBRS for IT Managers

Meet OnGo – CBRS for IT Managers 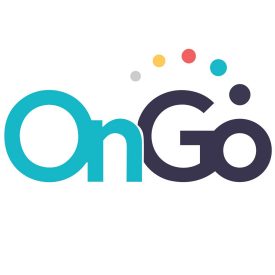 OnGo, or CBRS, is an innovative spectrum-sharing service in the United States that offers greater control, coverage, convenience, and cost savings for large enterprise owners. This technology enables private LTE networks for buildings or geographic areas, without subscribing to mobile operator services.

Paired with Wi-Fi, CBRS is an outstanding option for meeting ever-increasing wireless demand, as part of your complete communications solution. Centrally regulated and software controlled, CBRS continuously manages underutilized channels in ITU Band 48 to provide consistent, reliable wireless connectivity to businesses and their users. Simply install CBRS-compatible hardware as part of your network and subscribe for access.

The CBRS ecosystem is managed by the Federal Communications Commission, the Wireless Innovation Forum, and the CBRS Alliance.

Optimize your network. Contact us today to learn more about the Corning CBRS solution. Whether you need help with current data demands or planning for the future, we can help.

Please complete the form below, so I can better assist you.

Thank you for your submission.

Mobile operators can use CBRS.
The CBRS band is open to all organizations and wireless/wired operators.

CBRS does not replace Wi-Fi.
LTE and Wi-Fi each have their own strengths, and both will continue to be present in enterprise networking.

Mobile devices do support CBRS.
Many smartphones, dongles, IoT devices, and mobile Wi-Fi hotspots support CBRS. There’s a partial list that can be viewed at www.cbrsalliance.org/certification/

CBSD
The Citizens Broadband Radio Services device (CBSD) is the component of CBRS infrastructure that requests spectrum from the SAS. It also responds to the SAS if the ESC decides it is potentially in conflict with an incumbent.

EDGE Computing
Part of cloud or local applications that interact with attached devices to reduce latency or large data flows.

EPC
Evolved Packet Core (EPC) is the mobile operator or private LTE core network. It is composed of the EPC and other sub-systems at the heart of the cellular network.

ESC
Environmental sensing capability (ESC) is a national network that is part of the SAS. It detects incumbent traffic in the CBRS spectrum, like naval radar, and assures that no nearby CBRS infrastructure is conflicting with it.

Radio Node
Radio that supports CBRS spectrum and is managed by the services node.

Corning’s family of cellular products supports buildings from 12,000 square feet up to the largest stadium. If the requirement is a single operator small cell system or a DAS driven by massive OEM macro base stations, we have you covered.

5G small cells are available today and they are built upon the decade of experience delivering rock solid performance via Corning’s SpiderCloud Enterprise RAN. Learn more about Corning’s 5G indoor small cells, how they work, and the simple installation process to add 5G to your network.

The cellular knowledge center is your one-stop source for information about Corning's array of cellular products. From a general overview of our solutions to video case studies and specific product information, and even available webinars, the knowledge center houses the numerous resources available to help you understand, design, and deploy our Small Cell, DAS, and hybrid systems

The cellular knowledge center is your one-stop source for information about Corning's array of cellular products. From a general overview of our solutions to video case studies and specific product information, and even available webinars, the knowledge center houses the numerous resources available to help you understand, design, and deploy our Small Cell, DAS, and hybrid systems