Corning offers the most complete line of connectors and factory-terminated cables, from single-fiber patch cords to high-fiber-count assemblies.

To configure assemblies that meet your specific needs, check out our cable assembly configurators today!

With our FastShip/FastConnect program, Corning makes it faster than ever to receive our most popular patch cords at no additional cost to you.

How Can We Help You?

The science behind cable assemblies

The science behind cable assemblies

They seem simple in their appearance, yet bonding the fiber inside the ferrule and polish the end-face of the ferrule is a very delicate process and can be time-consuming if manually done.

Common errors during this process are contamination of the connector end face, poor polishing of the ferrule, damage to the optical connector or on the ferrule end face.

The result will allow the optical signal either to seamlessly transition from one optical device to another or, if anything went wrong during the assembly process, the signal will suffer from too high optical loss causing ultimately network failure.

In Corning we believe that only automation of the assembly process can ensure consistent quality across our products. Automation reduces cycle times from minutes to seconds so we remain competitive without trading off on the quality of the materials we use.

We also complement the robustness and repeatability of our automation process with a dedicated labor workforce that enhance those products designed to meet our very customers specific needs.

A history full of innovation

A history full of innovation

Just as we did with the invention of the world’s first low-loss optical fiber nearly 50 years ago, Corning continues to transform the way the world connects through optical cable assemblies. Throughout our history full of innovation we have engineered products that have made network deployments easier and faster,  reducing the total cost of ownership while maintaining network reliability and performance.

Manufacturing capabilities around the world

Manufacturing capabilities around the world

With our worldwide network of manufacturing plants we ensure reliable supply of optical cable assemblies for our customers to maintain supply even in difficult times so we can serve our customers to build reliable connections everywhere, any time. 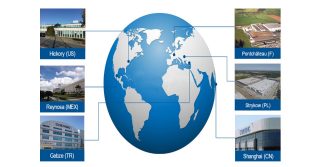 Discover all the ingredients of our cable assembly portfolio

How Can We Help You?

Learn more: How Can We Help You?

Fiber to the Premises (FTTP)

Fiber to the Premises (FTTP)