When it comes to enhancing viewing experiences, Corning is leading the way

Today’s displays are thinner and more immersive than ever, and Corning’s display glass innovations are enabling richer entertainment experiences for people all around the world. As one of the world-leading suppliers of glass substrates for LCD, OLED and advanced displays, Corning plays a key role in the display industry – and has helped propel the technology forward since the 1980s.

But Corning’s history in the display industry spans even further back than that. At the 1939 World’s Fair, a futuristic technology called a “television” was unveiled. Included in that new-fangled product? A circular cathode ray bulb manufactured by Corning. By the 1950s, Corning was producing glass for the black-and-white TV sets appearing in nearly every living room in the United States.

Fast forward to today, add rich, realistic color and collapse the display to less than an inch thick, and you have LCD televisions. In LCD screens, an always-on backlight projects light through a liquid crystal layer, sandwiched between two pieces of glass. When the liquid crystal is excited by an electric current, it lets the light of an individual pixel pass through like a shutter, delivering vibrant displays.

And Corning’s display glass innovations play an integral role in how those devices work.

In 1964, Corning invented the fusion overflow process, which forms specialty glass. As molten glass flows evenly over the top edges of a V-shaped trough, two thin, sheet-like streams form and meet at the bottom of the trough, fusing into a single sheet. First used to produce glass for automotive windshields, by the 1980s, the fusion process revolutionized the way LCD glass was manufactured, making thin, flat glass with exceptional stability and unparalleled surface quality. By using this process, glass is uniform in thickness and able to withstand heat-intensive processes like the application of LCD circuitry. The fusion process not only helped Corning set the standard for the display industry but has enabled other high-resolution, touch-enabled devices such as tablets and smartphones. 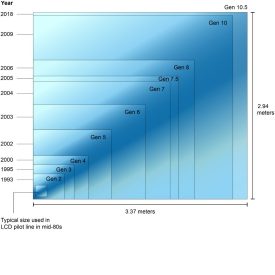 Today, Corning is continuing to shape the display industry, delivering a range of products that enable the even higher resolution, vivid, immersive displays consumers have come to expect. 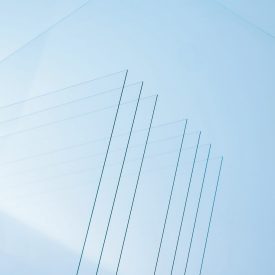 Do you remember the old, clunky TV sets that weighed a ton and had to be strategically placed in a room to not take up too much space? Today, displays are thinner than ever – and that’s thanks in part to Corning® EAGLE XG® Slim Glass substrates which can be made thinner than a business card or sheet of aluminum foil. These substrates enable panel manufacturers to produce thinner, lighter, and more environmentally conscious display panels. But what does that mean for you, the viewer? Sleeker displays that look good in your living room or office, and anywhere in between. 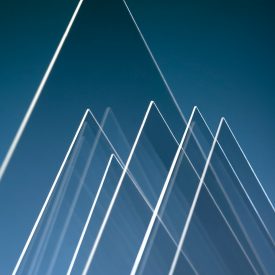 Corning® Astra™ Glass serves as a foundation for extremely bright, high-resolution images with true-to-life refresh rates – in other words, pictures so realistic they virtually immerse the viewer in the on-screen experience. Astra™ Glass fills an important niche in the evolving world of high-performance displays, providing a precisely engineered, balanced set of technical attributes and enabling a range of high-performance panels and precision glass — from the top of the a-Si space into IGZO oxide and through low temperature poly-silicon (LTPS). 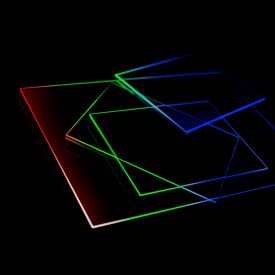 LCDs Display technology has evolved throughout the years due in great part to Corning’s display glass innovations, and Lotus NXT Glass provides the highest resolution for new, emerging technologies. Whether watching the news on your big screen TV in your living room, or looking at a computer monitor at work, or checking your mobile device, you can be certain Corning is enhancing your viewing experience – and will continue to do so for years to come.