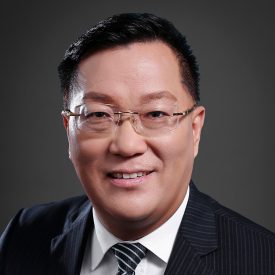 Li Fang has served as president and general manager of Corning Greater China since April 2012. In this role, he is responsible for leading Corning’s businesses in Greater China and ensuring integration of business processes in the region.

Prior to joining Corning, Li Fang had many years’ experience in various business development, sales, and marketing positions with European and U.S. companies.

Li Fang holds a bachelor’s degree in engineering from Tongji University in China.