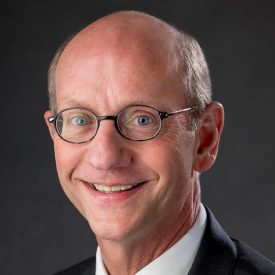 Musser’s leadership has been inspired by Corning’s long tradition of life-changing innovation, ability to solve tough technical problems, and commitment to living its values.

Musser joined Corning in 1986 as a shift supervisor at the Wilmington, North Carolina, optical fiber plant and moved through a series of manufacturing and general management roles in the Optical Communications businesses. In 2005, he was named vice president and general manager of Corning Optical Fiber and helped restore stability and growth to that business following the telecommunications industry downturn.

Subsequently, Musser served as general manager, Corning Greater China (2007-2012), and president of Corning International (2012-2014). In these roles, he helped expand Corning’s business globally, including in China, which today is one of Corning’s key business regions. In 2014, Musser returned to Corning, New York, to lead the Corning Technologies and International businesses. He was appointed to his current role in 2020. Additionally, Musser serves on the U.S.-China Business Council Board of Directors.

Musser holds a Bachelor of Science from the U.S. Military Academy at West Point, where he graduated as a Distinguished Cadet, and a Master of Science in computer science from George Washington University. Prior to joining Corning, he served five years in the U.S. Army. A Pittsburgh native, Musser and his wife enjoy spending time with their three adult children and grandchild.