Some 1.6 million Americans live with type 1 diabetes (T1D), an autoimmune condition that happens when the body can't make the insulin it needs for glucose regulation. Roughly 200,000 of those patients are children, representing a vulnerable population on deck for a lifetime of finger pricks, monitoring, and diabetes treatment.

That's because diabetes has no known cure—at least, not yet. But life scientists are working hard to identify new breakthroughs that could address and possibly reverse T1D's underlying mechanisms. Recently, one lab may have cracked the code on a curative gene therapy, thanks to an incidental discovery that uses a viral vector platform to reprogram one cell type into another.

The Gittes Lab for Diabetes and Pancreatitis Research at the Univertisty of Pittsburgh Medical Center and Children's Hospital of Pittsburgh is well on its way to acheiving the first-in-human trials using this innovative method. The efficient scale-up technology of the Corning® Ascent™ Fixed Bed Bioreactor (FBR) platform is helping them get there. 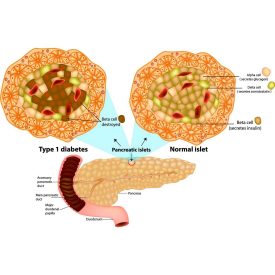 Teaching Alphas to be Betas

The method explores the production of new insulin-producing beta cells, which are destroyed by the immune system in patients with diabetes, contributing to glucose imbalance. Historically, researchers hadn't put a lot of faith into creating these cells anew because it seemed rather pointless. Why do so if the cells would just get destroyed all over again?

But then, the Gittes Lab team stumbled upon an oddity. After doing some unrelated research into the biological formation of beta cells in the pancreas, the team found a lot of plasticity potential in differentiated endocrine cells. Their findings exposed the potential of adeno-associated virus vectors (AAV) as "packaging cells", a tool for inserting genetic material into neighboring alpha cells, trans-differentiating them into beta cells.

After conducting and replicating the experiment, they saw this phenomenon repeat: The alpha-to-beta conversion worked, creating a new army of insulin-making cells that may have the ability to evade immune destruction.

So far, murine models have shown success in inserting the gene therapy through the pancreatic duct, with primate trials underway as well. Investigators say this is the last step before initiating first-in-human trials.

The team is using a viral vector approach that relies on quickly scaling up the cells needed to generate the AAV for primate studies. As these cells are adherent, the team needed a vessel that could quickly and compactly promote attachment-dependent cellular growth without added labor. The Corning Ascent FBR system provided the best of both worlds: the control and automation of a suspension platform and the intensified surface area required for high-yield adherent cell scale-up.

The Ascent FBR has allowed the team to achieve much higher viral productivity than a 2D cell culture platform could deliver, but it's not just the higher yield that has benefitted the project. The equipment also promotes labor savings thanks to the platform's automated capabilities, as well as the ability to work outside the biosafety cabinet due to the closed-system setup.

"The Ascent FBR automated the otherwise cumbersome manual process and produced almost twice as much virus at a fraction of the manual labor," said Jeremy Friedman, a research technician in the Gittes Lab.

Improving Diabetes Treatment, One Cell at a Time

Diabetes may not have a cure today, but scientists are certainly working toward it, and faster scale-up of research breakthroughs in cell and gene therapy may help get them there sooner. With millions of families anxiously awaiting a miracle, discoveries like UPMC's offer new hope, and equipment from Corning is helping to make this possible, one cell at a time.