Tissue Engineering: The Short- and Long-Term Benefits of Bioprinting 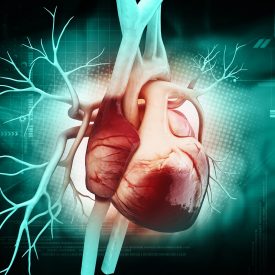 Imagine being able to create living tissue, bone, blood vessels or even entire organs whenever you needed them for medical procedures or laboratory testing.

You don't need to imagine it. You can do it.

Thanks to 3D bioprinting, scientists can now physically reproduce biological matter. 3D printing isn't just a big commercial opportunity — one that could grow into a $1.9 billion business for medical applications by 2024. It's an exciting one too.

Researchers are exploring the potential of tissue engineering — printing responsive tissue and organs, including hearts and livers, with cellular networks that could one day be fully viable for human transplant.

3D bioprinting works with cellular bioinks, which are sometimes combined with substances, such as Corning® Matrigel® matrix, to provide structure or to fulfill any other needs. The inks are then printed into permeable supports, such as Transwell® Permeable Supports, that facilitate anchoring without the need for scaffolding.

One research company, Organovo, brought that promising process to life by developing a proprietary 3D bioprinter that can facilitate cell-to-cell relationships from bioprinted materials.

What's more, it doesn't take forever to make them: Tissue can be printed in 60 minutes with a 24-well Transwell insert, for example.

Given its speed and potential, could 3D bioprinting become the next big thing in medicine? Many thought leaders think so, and they posit that 3D bioprinting could bring value in the short term and over the long haul.

For example, the short-term benefits of bioprinting include in vivo and in vivo-like applications, such as:

The long-term benefits of bioprinting could include:

The next frontier for bioprinting doesn't come without obstacles, and scientists are already working on optimal strategies to overcome them. The ability to create advanced bioinks with cellular function is a huge piece of the puzzle. And to create complex human tissue, one needs a complex vascular network to sustain it.

Meeting those challenges head-on requires the right set of tools and supplies to perfect the tissue ecosystem in vitro, which is why we're thrilled to support Organovo and other researchers with permeable supports and hydrogels as they continue to expand the boundaries of 3D bioprinting.