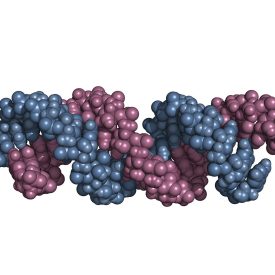 Transfection is a powerful tool in biological research. It enables the study of gene products and the function of genes within cells. Methods used to achieve transfection fall into one of three categories: biological, chemical, or physical, according to Analytical and Bioanalytical Chemistry.

Researchers use transfection to inhibit or enhance specific gene expression in cells as well as to produce recombinant proteins. Examples include induced pluripotent stem cell (iPS cell) generation, small interference RNA (siRNA) knock-down procedures, and delivery of gene therapy to alleviate the symptoms of or even cure a disease.

Essentially, transfection is the process by which foreign nucleic acids are inserted into cells, thus producing genetically modified cells. These nucleic acids — DNAs and RNAs — exist within the cells in either stable or transient form. Transiently transfected genes are not integrated into the cell's genome and are only expressed for a limited period of time. Conversely, stably transfected genes are just that — they're stable and persistent within the cell and become part of the genome, replicating along with the host cell's genome.

Scientists have developed several gene transfer methods for various cell types and purposes. The virus-mediated method is most commonly used in clinical research, but it can cause immunogenicity and cytotoxicity.

Chemical transfer, widely used in contemporary research, typically uses cationic polymers, cationic lipids, calcium phosphate, and cationic amino acids. The basic concept is that positively charged chemicals make complexes of the chemical and the nucleic acids, which are attracted to the negatively charged cell membrane. We don't quite understand yet exactly how these complexes pass through the cell membrane.

A 2018 study in Scientific Reports aimed to overcome the challenge of long-term target gene silencing with siRNA in 3D culture. The scientists found that siRNA prepared with traditional reduced-serum media were excluded at the matrigel boundary, but siRNA formed and delivered using a standard serum-containing culture medium were able to permeate matrigels, spheroids and organoids.

Transfection is a critical procedure for gene therapy and regenerative medicine applications. 3D cells will play an important role in its future, as the development of 3D cell culture methods are vital to the advancement of precision and personalized medicine.