An 18-year veteran of the company, Dr. Sean Garner is a Senior Research Associate in the Integration Technologies department. Throughout his career, Sean has co-authored more than 200 journal articles and conference presentations and has been granted more than 25 U.S. patents. Listed below is some information on his life before Corning and some of his career highlights to date. 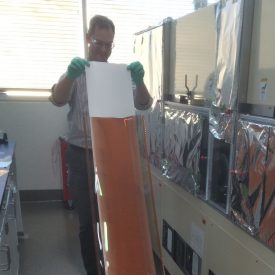 Sean grew up in Racine, Wisconsin. He became interested in engineering at a very young age with the encouragement of his family along with his own interests during grade school. “Since the first time I was asked what I wanted to be when I grow up, I always answered an engineer,” Sean said.  He attended Stevens Institute of Technology located in Hoboken, New Jersey where he received a bachelor’s degree in engineering physics in 1993. Sean later got his Ph.D. at the University of Southern California in electrical engineering (Electrophysics) in 1998.

How he got to Corning

Sean first learned about Corning from a graduate school colleague who was hired at Sullivan Park nine months before him. “Ironically, two other graduate school colleagues also had interviewed at Corning before me for the position that I was eventually hired into,” Sean said. In 1998, he was hired into the Polymer Core Technologies department within Corning’s research organization - focusing on materials processing and device prototyping. Sean’s first project at Corning was actually a continuation of some of his activities from graduate school which focused on the design and fabrication of electro-optic polymer modulators. 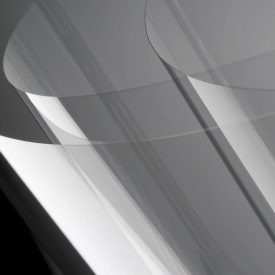 Throughout his career, Sean has worked on a variety of innovations within the company including: polymer electro-optic modulators, microLED displays, fuel cells, and Corning®Willow® Glass. Of the many technologies he’s worked on, he’s enjoyed his involvement with Willow Glass. “I worked on this program from the very early exploratory stage which focused a variety of flexible substrate concepts to the current focus on identifying new opportunities that flexible glass enables,” Sean said.

Sean continues to contribute research for the Willow Glass program and has collaborated on several successes within the program including the demonstration of flexible glass displays, the first glass touch sensor made completely in a roll-to-roll process, and flexible glass photovoltaics.

“It has been exciting to see how the program has progressed over the last 12 years. I’ve particularly enjoyed having the opportunity to collaborate with several interesting groups worldwide and demonstrating flexible glass technical capabilities that others previously viewed as not possible.”

During his time at Corning, Sean has received many awards in recognition of his work such as the S3IP Technology Innovation Early Career Award (2015), IEEE-PVSC Best Poster Award (2014, 2015), the Society for Information Display (SID) Distinguished Paper Award (2013), FlexTech Alliance R&D Award (2012), and the Association of International Metallizers, Coaters and Laminators (AIMCAL) John Matteucci Technical Excellence Award (2011) and the internal Corning Science & Technology Innovation Award in 2010.

Sean enjoys his work at Corning and with his 18 years of experience, offers advice to upcoming scientists. “Always keep your options open for following your interests,” Sean says. “It’s important to explore new things to see how your interests may grow/change over time.”