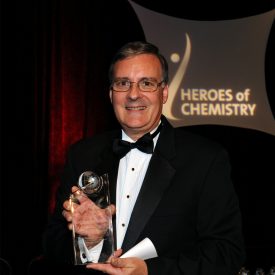 WASHINGTON, D.C. – Corning scientists Drs. Dana Bookbinder, Ming-Jun Li and Pushkar Tandon were recently recognized by the American Chemical Society (ACS) as recipients of the 2017 Heroes of Chemistry award for inventing a technology which enabled  Corning® ClearCurve® optical fibers, a revolutionary product that enables optical fiber to be bent to small diameters or around very tight corners with significantly less signal loss. The scientists were recognized as one of six companies receiving this award from ACS at its annual Heroes of Chemistry celebration.

In addition to the scientists receiving their awards, Dr. Gary Calabrese, senior vice president, Global Research also accepted the corporate award on behalf of Corning.  During his remarks, Gary congratulated the three scientists on this tremendous achievement.

“I can’t think of three scientists more deserving of this recognition.  Thank you for all that you’ve done for Corning and what you will continue to do for us in the future.”

Corning has been in the business of optical communications for more than four decades.  In 1970, Corning inventors Bob Maurer, Don Keck and Peter Schultz invented the first low-loss optical fiber that revolutionized global telecommunications, and enabled emerging communications applications, including the Internet.

“The original invention helped lay the groundwork for long-haul fiber to span across oceans and countries, but the challenge was bringing fiber into homes and data centers,” said Dana Bookbinder, Corporate Fellow.   “To bring fiber into buildings and data centers, it needed to be in smaller cables and routed to different places.  This was a problem because when the fiber was bent, light would escape resulting in data loss.”

In the early 2000s, Dana, Ming and Pushkar began collaborating on a new type of optical fiber.  By building off the earlier work of Maurer, Keck and Schultz, and leveraging their individual skillsets and Corning’s decades of optical fiber research, their collaboration led to the development of what would become an industry-changing solution – ClearCurve optical fiber.

The three scientists have always had a great working relationship, often running ideas by each other for advice, and this time was no different.  Dana took an idea he had to Ming and Pushkar, and together they began working on it.

Heroes of Chemistry: Spotlight on Corning

Heroes of Chemistry: Spotlight on Corning

Learn more about the breakthrough Corning invention that made it possible for optical fiber to be installed in homes, data centers and buildings around the world.

Learn more about the breakthrough Corning invention that made it possible for optical fiber to be installed in homes, data centers and buildings around the world. 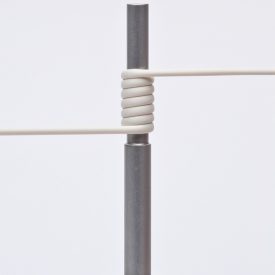 “We didn’t set out to solve the issue of bendability,” said Ming Jun-Li, Corporate Fellow.  “However, after testing various materials and processes in the lab, we noticed that when the fiber was bent there was very low loss in signal, which was a big deal.”

This breakthrough technology in optical fiber made it possible for millions of kilometers of fiber to be installed in homes, data centers, and buildings around the world.

“It’s been really exciting to see how our invention has continued to develop over the last decade to help enable today’s ‘connected world’ and what’s coming next,” said Pushkar Tandon, Development Fellow.  “We could never have anticipated the impact this technology would have on the way we communicate and share information.”

Dana, Ming and Pushkar were honored by this recognition.  “ACS is an organization that encourages people to work together to solve big challenges and create a positive impact on the world,” said Dana.  “We are very excited that ACS started this program to recognize excellence in the fields of science, technology, engineering and math (STEM).” 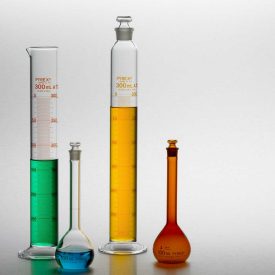 Visit the Corning booth to learn about PYREX laboratory glassware, the attributes that have made it the right choice for more than 100 years, and the ongoing innovations that ensure it will remain the right choice into the future.