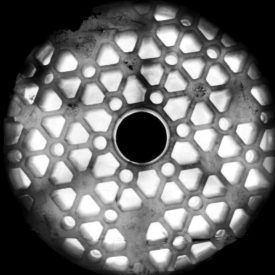 Glass has played a central role in space exploration since Galileo fashioned his first telescope in the early 1600s – and in so doing, opened up a world of limitless discovery.

Having learned that the layering of curved glass pieces greatly magnified a distant image, the Italian physicist devised a method for grinding convex and concave lenses and created a wooden tube to hold them in place. His subsequent studies of the nighttime sky led to the birth of modern observational astronomy, and an ever-deepening understanding of the Earth’s role in our complex solar system.

More than 400 years later, glass remains at the heart of humankind’s growing understanding of space and of the Earth itself.

The highly sophisticated telescopes in launched satellites or earthbound observatories depend on large, curved glass mirrors to reflect light and funnel it to the observer’s eye – whether that observer is a ground-based astronomer or a complex digital camera and analytics system in space. The larger the mirror, the more light the telescope can collect; and the smoother the surface, the more accurate the image of the far-away object.

Glass, when manufactured in some of today’s complex processes, has another property not found in any other material: Extreme thermal stability.

All materials have a tendency to change in volume when exposed to temperature changes. Ordinary glass does, too. But a process known as vapor deposition – the formation of glass by depositing layer after layer of thin film on a growing surface, rather than cooling a molten liquid – enables the creation of a titania-doped glass that avoids these expansions and contractions to a remarkable degree. 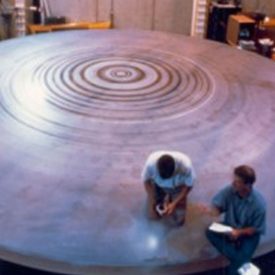 That’s exactly what aerospace engineers need when designing modern telescopes. Thermal expansion would result in a blurry image over time as a telescope focuses on a single target, gathering data about light fluctuations. But extremely stable glass mirrors bring in the best images and the most accurate data possible.

Armed with these thermally stable glass telescope components, NASA’s Kepler spacecraft has identified thousands of potential planets since launching in 2009. The Hubble mission has captured hundreds of thousands of detailed photos of the solar system, giving scientists new insights into how galaxies form and how our own universe is expanding.

And while many telescopes are peering deeper into new space frontiers, others are pointed homeward and helping the Earth learn more about itself. The clarity and abundance of satellite images are playing a key role in developing military strategy, understanding agricultural and climate patterns, and shaping urban planning and transportation.

What’s next? Glass mirror manufacturing processes continue to improve, yielding even more homogeneous thermal stability for glass components and the ability to meet even more demanding conditions. Spectrophotometric cameras– the sophisticated analytical systems that analyze the data gathered by telescopes – are also requiring glass-based components from lenses to semiconductors.

And glass is sure to help scientists address what many consider to be the next biggest challenge in astronomical research history: Learning more about the mysterious “dark energy,” which could account for nearly three-fourths of our universe. 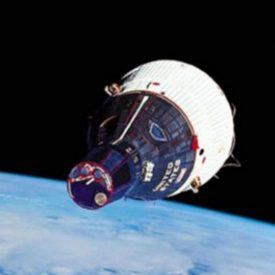 While low thermal expansion is an essential element of high-quality glass for powerful telescopes, another glass property has enabled some of the most compelling moments in space exploration history: Thermal shock resistance.

Low thermal expansion glass has formed the external window panes of every U.S. manned space expedition since the 1960s, including the International Space Station. This glass has the strength to withstand the extreme cold of outer space – around 3 degrees Kelvin, barely above absolute zero – with major fluctuations depending on exposure to the sun.

Space vehicles must endure a fiery reentry through the Earth’s atmosphere, with the glass windows remaining intact. Such extreme shock would melt or shatter an ordinary material, but glass has been up to the challenge every time – all while providing astronauts a clear view of home.