How It Works: Vapor Deposition

How It Works: Vapor Deposition

Corning produces some of the world's purest glass through a process that, for a while, doesn't seem to involve glass at all.

It's called vapor deposition – a high-temperature process that creates glass by depositing layer after layer of tiny glass particles on a growing surface, rather than cooling a molten liquid.

There are various forms of the process, but the one most commonly used at Corning is Outside Vapor Deposition (OVD), which "builds" the new glass in miniscule layers on top of (or around) a solid substrate. Michelle King and Greg Gausman, who manage Technology Delivery at the optical fiber plant in Wilmington, North Carolina, explain it this way.

"In very simple terms, imagine the teakettle on your stove," Gausman said. "As you raise the temperature of the water, but not so high that it boils, you still create steam, or vapor, that's above the liquid itself. Rather than just allowing that steam to escape out of the teakettle, you're actually conveying it through piping to a burner where that vapor is burned."

The vapor comes not from boiling water, but from liquids that contain silicon, and sometimes also controlled additives known as dopants. So the combustion process produces a mixture of very small, oxidized glass particles – called soot -- and un-combusted vapor. That vapor, in turn, can condense around the particles, which then aggregate further and adhere to a substrate.

With optical fiber, the vapor is meticulously deposited around a long ceramic bait rod. Layer after layer of vapor reaction to microscopic glass particles results in the formation of ultra-pure glass. And with the bait rod removed, the perfect glass tube  -- known as a preform -- is then consolidated in intense heat and drawn into hair-thin optical fiber. Watch this video to learn more.

In the case of lenses, mirrors, and – for many years – windows for U.S. spacecraft, the vapor deposition takes place in a "direct to glass" process, resulting in large, dense, glass monoliths. Making a large telescope mirror is a process that can last for more than a year. 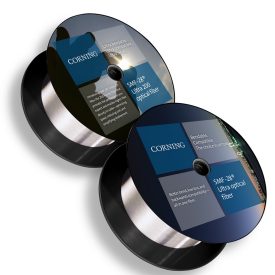 For products like optical fiber and telescope lenses, glass must be free of even the smallest contaminants that could interrupt transmission of light. OVD-formed glass allows very tight control of the chemicals that go into the vapor and, in turn, the glass. The result is some of the purest glass imaginable.

Pure silica glass, either with or without intentionally small amounts of dopants, is also able to withstand vast temperature changes with virtually no expansion or contraction. That's an essential quality for glass products that, for example, must perform reliably in outer space.

The process is also highly scalable, meaning that Corning can ramp up production of products like specialty optical fiber and make sure every spool is of the highest quality.

And OVD allows for very tight control of dopants added to the silica, which can result in the desired specific optical attributes in the glass – a precise refractive index for light going through fiber, for example. That superior process control capability, says Michelle, "allows us to achieve a comprehensive  product portfolio." 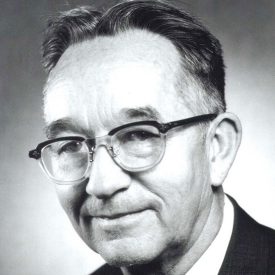 Legendary Corning inventor Dr. Frank Hyde began the work in the 1930s that would eventually develop into vapor deposition. Corning revolutionized the process in the 1970s in creating the world's first low-loss optical fiber.

Continuous improvements over the years – most of a highly proprietary nature -- have enabled Corning to make the process increasingly efficient. That's one reason Corning is the leader in optical fiber manufacturing.

Why we excel at it

Although fiber makers can purchase manufacturing equipment on the open market, Corning designs and builds its own.

And the equipment's top-notch quality stems directly from Corning's fundamental understanding of the materials and the science – chemistry and physics – that combine to make the process.

"We've had to grow our understanding -- and in turn, our capability for both our process control and our machine design – in order to meet market demands," said Gausman.

"Because of our legacy and decades of fundamentally understanding the work, we've been able to evolve the product portfolio. And that's what we'll continue to do."