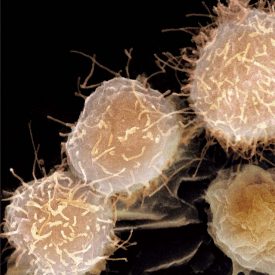 Mesenchymal stem cells (MSC) are approaching what some might call a "heyday."

Archives of Medical Research reports that in June 2020, more than 1,100 registered clinical trials involved MSCs worldwide, up from 220 just eight years prior. Much of that growth is driven by the versatility of MSC-based research, which has affirmed the value of stem cell production in the lab.

"Almost every organ is being evaluated for potential MSC therapies," said Hilary Sherman, senior applications scientist at Corning Life Sciences. "And these clinical trials are looking at a range of indications, from cartilage regeneration and inflammation reduction to management of neurological symptoms. I think we're just coming to the cusp of MSC research delivering therapies into the market within the next few years."

Despite all the excitement over these potential market disruptors after notable successes such as Alofisel® for Crohn's disease in Europe, as reported in Science Advances, many challenges remain as researchers look for the most efficient and effective ways to optimize MSC workflows. Fortunately, scientists have ample new tools and technologies in the lab to support those workflows for improved scale and cell quality.

MSC cultures originate with the cells themselves, which can come directly from a patient, donor, or cryopreserved cell bank. The cells are then scaled up to the required density, depending on the application. After that, the MSCs are typically frozen with a cryoprotectant to extend the product's shelf life.

"Cryopreservation gives administrators more time for quality testing, administration, and even transportation if the site of scale-up is far from the administration site," Sherman said. "It really just expands the reach of potential therapies."

Once cells have been cryopreserved, they are thawed before being administered to patients. End to end, it's a seemingly simple sequence of scaling, freezing, and thawing, but each step of the workflow can invite new challenges.

Scaling up cultures sounds easy enough. But when you consider that the mesenchymal stem cell itself is the therapy for many applications — and that a single dose can require hundreds of millions of MSCs or more, according to Stem Cells Translational Medicine — concerns of scale become much more challenging.

"For the majority of MSC therapies at this point, the stem cell is the actual therapy, and that means that each cell is used once," Sherman said. "So to get a decent dose, it requires a lot of material. Additionally, MSCs have a defined lifespan, meaning they can only double so many times. And in many cases, they start to lose their potency as they get older."

Another issue is that MSCs are by and large attachment-dependent, which means bioreactors are not often a viable solution for scaling up.

"While suspension platforms may be an ideal way to culture a large volume of cells, there hasn't been a lot of success in developing protocols to grow MSCs in that way, which is why the majority of the therapies out there are using traditional two-dimensional cultures," Sherman said. "But you have to be careful about culturing because MSCs can be very sensitive to senescence from the cells being overcrowded in a vessel. It's really important to give them enough surface area to grow."

That's why many researchers turn to stacked vessels like Corning® HYPERStack® vessels, which offer more surface area within a smaller footprint, Sherman added. To illustrate the potential of this approach, bone marrow MSCs grown in a single 36-layer HYPERStack can generate more than 800 million viable cells.

Another challenge involves the cryoprotectant DMSO. While DMSO is important during freezing to preserve cell viability, it poses patient risks if it's not eliminated from the MSC therapy.

Standard DMSO removal via centrifugation and buffer exchange can involve a manual and time-consuming process that risks leftover cryoprotectant contamination. Fortunately, closed-system, automated tools like the Corning® X-WASH System can save time and resources while maintaining cell quality.

"[X-WASH] allows for controlling the process of separating the cells from whatever materials they're frozen in, as well as concentrating the cells as needed for administration," Sherman said.

And it works. In one test involving 70 million MSCs frozen in 90 percent FBS and 10 percent DMSO, X-WASH reduced the cryopreservant concentration to less than 250 parts per million.

Certainly, MSC therapies are entering a new boom, as indicated by increasing clinical trial submissions and rising interest among emerging biotechs. But with all of this innovative activity, Sherman still cautions scientists to get back to the basics and ensure they have a good product first.

"It's really important to verify the quality of the MSCs throughout the process because, again, the cell itself is the therapy here," Sherman said. "The efficacy of the therapy is dependent on the quality of the cells, so having criteria around what is considered good will be essential, whether that's a viability assay, looking at surface marker expression, or some functional assay."

Beyond that, researchers should expect a few bumps and barriers in the workflow, but they should also know that lab technology is evolving along with therapies. By overcoming challenges of scale and contamination using efficient tools like Corning HYPERStack vessels and X-WASH system, innovators can make the most of this MSC heyday, to the benefit of patients worldwide.