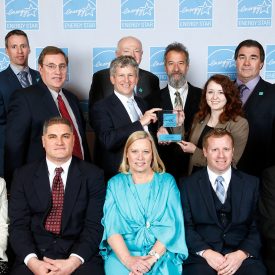 Corning earned recognition for the continued growth of its energy management program and its commitment to collaborating with other companies to develop and enhance energy management programs. Because of its third consecutive honor, Corning also qualified for the Sustained Excellence Award, which recognizes companies that win the Partner of the Year for several years in a row.

"By continued collaboration with ENERGY STAR, Corning is helping Americans save money, save energy, and do their part to reduce our nation's greenhouse gas emissions that exacerbate climate change," said EPA Administrator Gina McCarthy. "I'm proud to recognize Corning with the highest form of ENERGY STAR recognition, as the winner of the 2016 Partner of the Year – Sustained Excellence Award. Corning demonstrates a strong commitment to energy efficiency and to preserving a healthy planet for future generations." 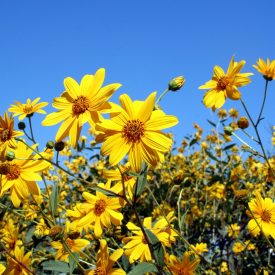 Corning is part of a select group of manufacturers among the businesses and organizations to be named an ENERGY STAR Partner of the Year. The company received the award on April 13 at ENERGY STAR’s annual award ceremony in D.C.

"Our partnership with ENERGY STAR has proved to be invaluable as we continue on our energy management journey, and we're honored to be named an ENERGY STAR Partner of the Year for the third year in a row," said Lisa Ferrero, Corning's senior vice president and chief administrative officer. "Responsible energy management helps us maintain the trust of our stakeholders and protect our financial health, while helping to reduce our carbon footprint and enable healthier lives for people around the world."