3D Glass — It's the Shape of Things to Come

3D Glass — It's the Shape of Things to Come 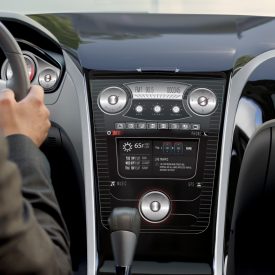 Glass covers are pushing lots of things over the edge.

Brilliant smartphone images once bordered by a narrow frame can now flow seamlessly down the sides, creating a striking new visual experience. Glass-encased car dashboards curve gently, elegantly, and provide tough, interactive display space where there was once nothing but plastic.

These three-dimensional glass applications and many more — some in stores now, some still on designers’ whiteboards — are shaping new possibilities for the role glass can play in our daily lives.

But traditional soda-lime glass has been formed in three-dimensional shapes for ages, you might say — and you have the casserole dishes to prove it. Why is it so unusual to see today’s electronic cover glass go from flat to 3D?

It all has to do with advancements in glass melting and forming technology — and, in short, the extreme precision with which glass manufacturers can now mold high-tech glass while still meeting the aesthetic and performance demands of today’s consumers. 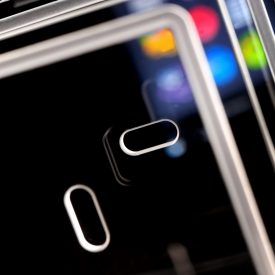 Take Corning® Gorilla® Glass, for example. The tough cover glass is now on more than 3 billion electronic devices worldwide, and is finding applications in architecture, automotive, retail, and other worlds as well. As a flat glass, it quickly earned acclaim for its pristine surface that remained resistant to scratches and other everyday damage.

The proprietary glass composition has a higher softening point than common soda-lime glass — almost 200 degrees Celsius higher. It’s also reactive, due to the ion-exchange property which makes it tough. Both these attributes — essential in the appearance and performance of a cover class — could make it prone to chemical reactions during the molding process. This, in turn, could compromise surface quality.

Adding to the challenge is the extremely precise dimensional specifications required for today’s sophisticated electronics. Mass-produced molding must not result in size variations any more than the thickness of a sheet of paper.

Their success with creating 3D glass for personal electronics and cars is giving designers cues for using glass in entirely new places and forms. 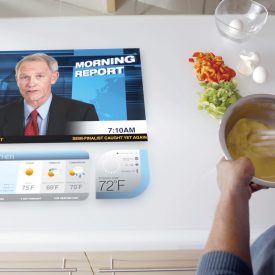 Curved smart surfaces like architectural pillars, office furniture, kitchen appliances, or even doorknobs could soon sport a pristine, interactive touch display — presenting a new world of ways people connect with the world around them.