Discovery has always been an integral part of what we do at Corning. 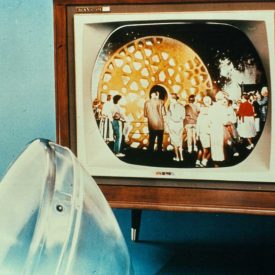 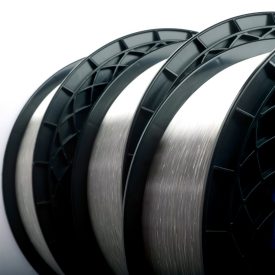 Glass and other materials invented in Corning’s laboratories have been used for space travel. Corning products have also proven a staple of laboratory research dating back 100 years. Penicillin and a polio vaccine are among those medical breakthroughs accomplished using Corning Pyrex® culture vessels.

Corning glass has continued to play a hidden yet essential role through the digital revolution. Corning glass is ubiquitous in liquid crystal display (LCD) screens —both small and large—that are transforming the way we communicate and receive information. Corning optical lenses are used to etch ever-smaller circuits on silicon chips, allowing all of us to carry smart phones that have more computing power than the supercomputer that only a generation ago occupied an entire room.

One of Corning’s greatest achievements was the invention of low-loss fiber optics in 1970, which helped launch the age of optical communications. Thin strands of Corning glass smaller than a human hair can transmit millions of bits of information per second via photons (pulses of light) rather than electrons, revolutionizing telecommunications in our wired, always-on world.  Today, Corning remains the worldwide market leader and is the most widely deployed brand of fiber.

Corning’s latest glass innovations are major contributors to our constantly connected world – with damage-resistant Corning® Gorilla® Glass as a protective cover glass on consumer electronic devices that enables thin, light and cost-efficient applications for today’s slim displays and handheld devices, as well as ultra-thin and flexible Corning® Willow® Glass for the smart surfaces of the future.