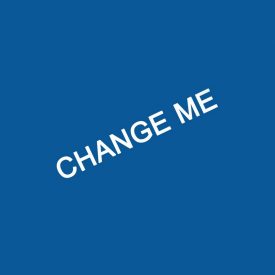 September 2011
Corning Incorporated on September 27, 2011 became the first U.S. company in China to sign on as a donor to a special program designed to help people better prepare for natural disasters in the country’s southwest region.

This milestone in Corning’s commitment to corporate social responsibility came as Corning China signed a memorandum of understanding with the global organization Mercy Corps to donate 250,000 RMB (about $39,000 U.S.) to the Disaster Reduction Program at the Chengdu CCS Optical Fiber Cable Co. Ltd. manufacturing facility.

Corning’s donation is earmarked to help remote villages in the Sichuan province cope with natural disasters and promote economic development through cooperation with local governments and non-governmental organizations.

“Corporate social responsibility is intrinsic to Corning’s heritage. It demonstrates how we live our values,” said Eric Musser, chief executive officer of Corning Greater China. “Natural disasters have had a terrible impact on China and on millions of its people, especially in Sichuan province where over 69,000 people lost their lives during the 2008 earthquake. Helping the community in Sichuan recover from the natural disaster is part of our long-term commitment.”

Eric attended the signing ceremony along with leaders from the local community and media representatives.

Mercy Corps, with its experience in disaster mitigation and prevention and emergency relief, had attracted investment from the European Union in the Disaster Reduction Program and then sought partnership with private enterprises.

Mercy Corps’ program is estimated to directly benefit 22,000 people in 20 impoverished and disaster-stricken villages in Sichuan and Yunnan provinces in southwest China. Corning’s donation will be used in Sichuan villages to better prepare and deal with disasters by improving the infrastructure and emergency response.

“Disaster relief and education have been Corning’s CSR focus,” said Alan Dowdell, president of Corning China Telecommunications. “The company and its employees have been assisting the people in disaster-stricken areas in many ways. We hope that the DRP program will directly improve the disaster preparedness in remote villages in Sichuan province through cooperation with Mercy Corps.”