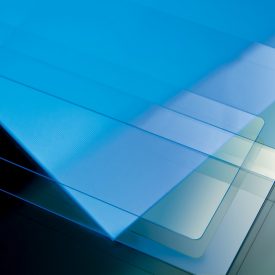 To understand today’s consumer electronics display devices – let’s get to know the backplane.

That's one of the thin, highly engineered pieces of glass sandwiched inside your smartphone, tablet, or other electronic device. It's home to millions of semiconductor transistors that make vivid, fast-moving images possible.

The backplane was fundamental to the invention of liquid crystal displays (LCDs). In the 1980s, research labs working on active matrix LCDs found that ordinary glass was not precise, stable, or durable enough to meet their requirements. Glass produced using Corning’s proprietary fusion process, which creates a pristine surface that requires no polishing, fit the bill perfectly. The company’s LCD products – the EAGLE XG® Glass family and its predecessors – have been the backplane market leaders ever since.

With the recent launch of its second-generation product – Corning Lotus™ XT Glass – the company is positioned for more success.

Here’s how the backplane functions and why the Corning Lotus Glass family is essential to ongoing improvements in display devices.

Transistors deposited on the backplane form pixels (literally, “picture elements”) that act as tiny valves for the light generated from behind it. Each pixel has three sub-pixels – red, blue, and green. The better those sub-pixels can control light, the better they can react quickly and create millions of colors, and hence, an entire image.

The type of transistor material is important because it defines how quickly the transistors turn off and on. Historically, the preferred transistor material for the LCD industry has been amorphous silicon – called a-Si for short. These transistors work well in resolutions up to the currently popular 1080p, and are now being used for next generation TVs.

But for many higher-resolution devices or those requiring faster responses – commonly referred to as high-performance displays – transistors can benefit from a different material.

Leading in that space are transistors made of low-temperature polysilicon, or LTPS. Another option is oxide thin-film transistor (TFT).

As those transistors evolve, so must the backplane behind them. The transistor deposition process for both LTPS and oxide TFT requires temperatures of up to 600 degrees Celsius, nearly 85 percent hotter than the a-Si process. 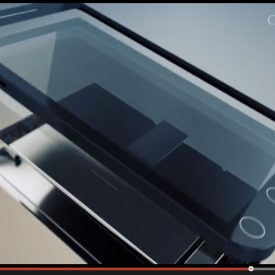 Most of the growth, leaders say, will be right where the most technically advanced glass is required – in the mobile electronics market. The company projects 40 - 50 percent of hand-held devices and up to 70 percent of tablets will be classified as high-performance displays over the next three years.

“There’s always been a lot of innovation in the smaller display category, and the pace of development is rapid,” said Bayne. “As an industry leader, Corning is bringing its glass innovation to the high-performance displays segment. We’re working with customers to bring next-generation displays to market today.”

Consumers in the market for a new smart phone or tablet also benefit from thermally stable backplane glass. Because panel makers are able to better align components during manufacturing, consumers have access to energy-efficient devices with higher resolutions, lower power consumption, and brighter pictures.

“We know we have the most advanced glass platform that addresses the consumer demands of higher resolutions and more vivid colors,” added Bayne. “We are supplying the backplane material that’s on the right side of this technology curve and believe we play an integral role in the ongoing innovation of the consumer electronics industry.”