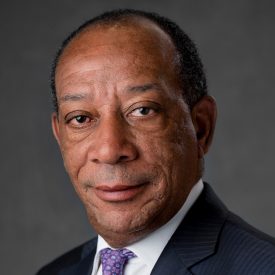 Previously, he served as executive vice president, Strategy and Corporate Development. In this position, he was responsible for developing strategic approaches for activities across Corning’s business units, from partner agreements to business-portfolio decisions.

McRae joined Corning in 1985 and has held a broad range of leadership positions in finance, sales, marketing, and general management across Corning’s businesses. In 1990, he was
named manager, International Sales. In 1993, he became business director for Revere Ware Corporation, a unit of Corning Consumer Products Company. He was appointed vice president of Corning Consumer Products Company and president of Revere Ware Corporation in April 1995. He then moved to Telecommunications Products, where he served as division vice president, Global Development, from October 1996 to January 2000.

McRae joined Corporate Development in February 2000 and progressed through a series of senior leadership positions. McRae has led strategy and corporate development since 2010 and served on Corning’s management committee since 2007. He was named vice chairman in 2015.

Previously, McRae was a senior accountant with Price Waterhouse.

McRae holds a bachelor’s degree in accounting from Morgan State University and a master’s degree from Harvard University. He is on the board of directors for Hemlock Semiconductor Group, Instant Brands, and Samsung Corning Advanced Glass, LLC.