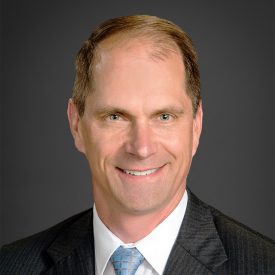 John Bayne was appointed senior vice president and general manager of Mobile Consumer Electronics (MCE) in April 2020. In this role, Bayne is responsible for the MCE Market-Access Platform, which includes Corning® Gorilla® Glass, Advanced Optics, and the Bendable Glass Program.

Prior to his current role, Bayne was responsible for all strategic, operational, and financial elements of the Gorilla Glass business, which he assumed responsibility for as vice president and general manager in 2015.

Bayne joined Corning in 1995 as the Fallbrook plant controller, and in 1997 became an international business controller in the Optical Fiber division. From 1999 to 2003, he held several commercial management positions in Photonic Technologies. In 2003, he joined Display Technologies where he led the OLED program. In 2006, Bayne was named president, Display Technologies, China and relocated to Beijing. In 2009, he returned to the United States as director of strategy, Display Technologies. He assumed responsibility for a series of glass programs in 2010, including full-sheet integrated touch and large-size cover glass. In 2012, Bayne was vice president and general manager for High Performance Displays (HPD) focusing on specialty glass for high-resolution LCDs and new OLED displays. In 2014, he also assumed responsibility for the Advanced Glass Innovations group, a portfolio of early-stage programs focused on the display space.