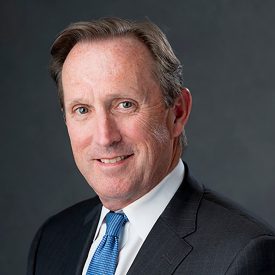 In 1981, Kinlin joined Corning in the Specialty Materials division and went on to work in Optical Fiber for 10 years. In 1995, Kinlin joined Corning Consumer Products, where he helped to execute the sale of the division. Following the transaction, he served as senior vice president, Sales and Marketing, of the new company, World Kitchen Inc.

Kinlin earned a bachelor’s degree from Kenyon College and a Master of Business Administration from Harvard University.