Why Television is Still Relevant in 2015

Why Television is Still Relevant in 2015 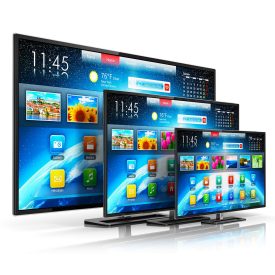 Four years ago, famed investment advisor Henry Blodgett wrote an article comparing the current state of the television to that of newspapers 10 years prior. He wrote that "changing user behavior" will inevitably "hammer the [television] business".  Soon after, Alex Williams of The New York Times wrote that televisions are beginning to “look at best like a luxury, if not an irrelevance.”  Derek Thompson’s piece in The Atlantic was titled simply “the End of TV.”

Almost four years later, the television market is booming.  Why?  Because while television’s programming, content packaging and delivery were all changing dramatically, televisions were too! Television hardware and software adapted and evolved to fit changing lifestyles. So while critics like to say that television is dead, it couldn’t be further from the truth.

New Ultra HD and 4K screens enabled by glass made from Corning are doubling and quadrupling screen resolutions.

Here are seven reasons why we love television more than ever:
Every month, many of the world’s biggest and most well-known media companies are announcing new digital content services for both the home and the office.  Those services have one thing in common:  the television.  Why? Because they know what you now know: that television has never been more relevant than it is today.