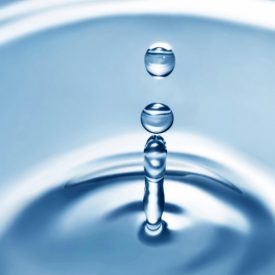 Over the past few years, several Corning facilities have been working with the Global Energy Management (GEM) team to implement small process changes, or upgrade equipment, in favor of big water savings.

In Fairport, New York, Corning’s Specialty Materials plant was able to save around 330,000 gallons of water in one month by upgrading its laser cooling system to circulate treated cooling water. The project has a projected savings of nearly 4 million gallons in 2017 - that’s enough to fill 100,000 average-sized bathtubs.

Mediatech, Inc., a Corning Life Sciences subsidiary in Manassas, Virginia, switched to a circulating and recycling water system in 2015, which saves the plant about $50,000 per year.

In Erwin, N.Y., the Diesel Manufacturing Facility was the first Corning facility to implement moss in its cooling towers as a chemical-free cleaning system. This system cuts water usage at the plant by more than 10 percent. Other facilities have either implemented the moss process, or are in the process of trialing it.

In 2015, water usage decreased by 28 percent at Corning’s Optical Communications plant in Glendale, Arizona, after the plant team decreased the footprint of some of its production equipment, and added flow meters to some rinse tanks in the plating area.

After the 2014 installation of a new dosing system at Corning’s Optical Fiber plant in Pune, India, the plant now recycles and reuses all of its water. The system saves more than 2,000 gallons of fresh water annually.

Corning's Environmental Technologies facility in Port Elizabeth, South Africa, began collecting rainwater for cleaning and maintaining gardens in 2014, and since then, their draw from the municipal water supply has decreased by 8,000 gallons per month.

Sometimes just upgrading restroom fixtures can equal big water savings. The Optical Communications plant in Reynosa, Mexico, cut restroom water use in half by doing so in 2015. In late 2016, the Life Sciences plant in Durham, North Carolina, followed suite, saving 1.0 to 1.3 gallons of water per flush.

In addition to being good for the environment, saving water means Corning can reinvest more in current processes and products, or can use the savings to invent, make, and sell new products.